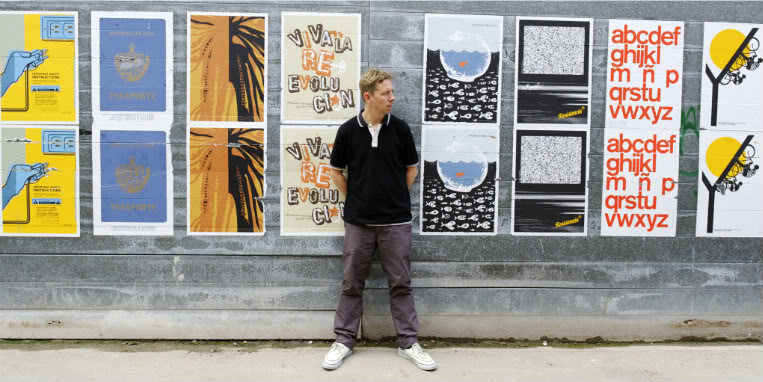 You’ve recently toured with artists from the Compilation „Havana Cultura“ featuring new Cuban music, something slightly different from the Buena Vista Social Club sound which has had so much impact in the mainstream. Since your are so prominently featured on the cover, what was your role in this?G
Gilles Peterson: Well, basically I got a call from an organization called Havana Cultura who are promoting culture in Cuba. And they wanted me to go to Cuba and try to find some music being made which could give the world a different view to Cuba than Buena Vista Social Club. So I went over there like a Tourist on a free holiday two years ago and I discovered a lot of interesting Reggaeton and Hip Hop and a bit of Jazz. I was going to do a compilation album but then they said that they’d also want me to record a new project as well and make a double CD. So that was more interesting because I could do something fresh. That’s when I worked with Roberto Fonseca, luckily for me ‚cause he is a great pianist and he understood what I was looking for.

Will you continue to work with Cuban Artists after this record?
Yeah, the next record is gonna be more on the Hip Hop and Reggaeton scene. And for that record I’m gonna be bringing over producers from around the world and I’m gonna get them to work with different MCs and singers.

Which producers have you been planning with?
I still looking at different people, you know. But I am hoping to get people like Diplo, Venga, maybe get Dorian Concept. You know, it’s early days. I haven’t chosen yet. Flying Lotus maybe, Mark Pritchard maybe, so many different people. But I wanna make sure we get interesting electronic producers of today to do their twist on Reggaeton, really.

You’ve amassed quite an influence in recent years through your radio shows, DJing and such. Has this influence somehow changed the way you select the music, compared to when you started? Do you feel like you can actually define directions in music instead of just covering them?
The way I look at things is that I just wanna have fun and I wanna keep myself motivated. And I wanna hit those points that make life great to live. I’m always surprised when I get booked to play gigs all the time because I never think that I do a good enough job. I don’t really have a set kind of, you know, show. A lot of DJs they come and it’s all prepared and they have their whole kind of… thing. (chuckles.) With me it’s very random. I can’t just do the same thing all the time. I have to play off my instincts which is a bit scary. And sometimes I find myself in a situation where a bit of preparation could be useful. But I think I can’t really operate that way, I just go with my feeling.

Do you feel more pressure than you used to?
No, honestly I think there is less pressure now than there used to be because, you know, I’ve been doing it for thirty years and I got nothing to prove. I just wanna have fun. And the way I have fun is by playing interesting records and trying to break the rules a little bit, i hope. So I like the idea of playing, you know, all these weird things (laughs).

Mary Ann Hobbs, Benji B and yourself are on BBC 1 which still is a very influential public radio station. They seem to do a lot of things right, especially in terms of new, cutting edge music…
All that I can say for me is that it has always been an ambition working there because there is a certain sense of the underground and the alternative being represented. Especially these days. One of the things that was great in the last few years was the digital side of the BBC and they’ve been very much on the forefront of developments there. You can check it out all over the world. And it’s opened up a world audience for people like me and Mary Ann and Benji and all these people. We get a good exposure globally. And everyone knows the BBC, right? The best thing for me is that I can do sessions. I can go and use the engineers, you know.

It sometimes happens that certain artists are featured by Mary Ann Hobbes as well as Benji B and yourself. At the same time the shows on BBC 1 cover different directions in kind of a balance. Is there a lot of communication between you guys?
No, they all just copy me.

Back to the roots // Al Pone Interview

OK, next question.
No, I’m joking! Everybody just does their thing but we’re obviously very connected. Obviously Benji was working for me for a very long time. So we have a lot of the same contacts as well. Also we have the same tastes in music. And obviously Mary Ann is much more into Dupstep, Benji is more into Hip Hop and the black American sounds. And I have a wider spectrum of stuff. You know, we definitely cross over at times. It was funny, last week I was doing an interview with Kyle Hall and Benji was doing an interview with Theo Parrish. So, you know, at two o’clock in the morning: Detroit young and old in the studios of the BBC. So that was a funny moment. It’s great that it’s not just me on my own doing it.

This vast beat scene, that is so diverse it can’t be fit  into a single genre. Like Flying Lotus, Mark Pritchard, Dorian Concept and so on: You come around a lot, how do you experience the resonance of the audience to this kind of music? It seems like it’s very diverse and steadily growing.
Yeah, I mean if you look at the Flying Lotus Album „Cosmogramma“, it went straight to number one in the iTunes electronic music charts in America. And it’s become quite interesting because it’s been crossing over to a lot of different musical forms. It’s not just for Beatheads, it’s all kinds of people are buying into it. I think it’s brilliant to see someone like Dorian Concept doing his live show and getting headline sets at festivals where the people aren’t just into electronic music. I think Brainfeeder has been very important, I think Red Bull’s been very good for a lot of these people. I think it really helped a lot of those artists develop. And the whole machinery that comes out of Austria and Germany that has been supporting a lot of those artists. A lot of these kids have come out and really appreciate how much support they got from the Red Bull Academy. There are all these kinds of interesting electronic artists, in fact, yesterday a friend of mine was playing a gig and some of the bands were doing three-piece indie rock and some of the kids were doing Dorian Concept soundalike stuff. So it’s definitely crossing over to a wider audience.

All these familiar sounds have kept popping up somewhere in the mainstream in the last couple of years. Most prominently, Rhianna wanted Hudson Mohawke’s „Fuse“ for her album before it was released. Do you believe these styles it will eventually be more strongly absorbed by Pop?
Definitely, I think there is no question about that, it’s going to happen. You can be sure that Hudson Mohawke is going to be working with some singers. And some of that stuff is already being sampled by Hip Hop and R’n’B. That’s why it’s always great fun to watch these artists coming along. You see them as young kids and suddenly next thing they’re writing songs. It’s good. And people like Pharell or Timbaland and all these guys back in the days, they were just mad into beats, man.