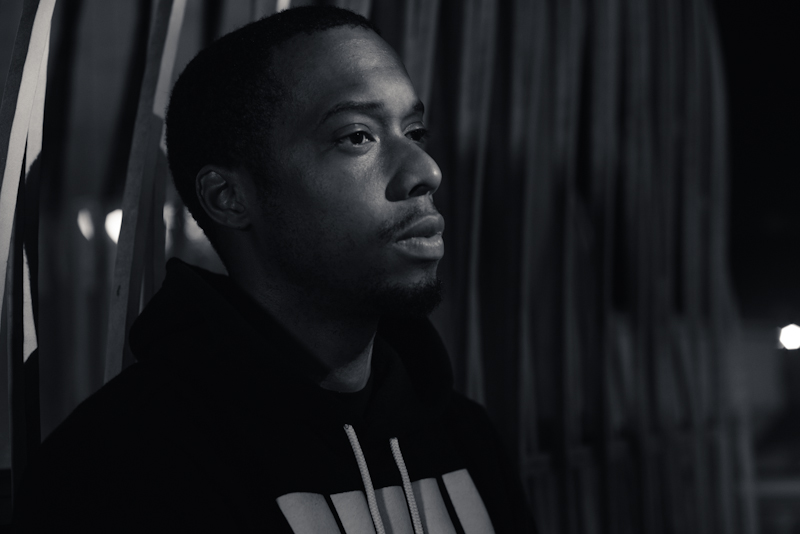 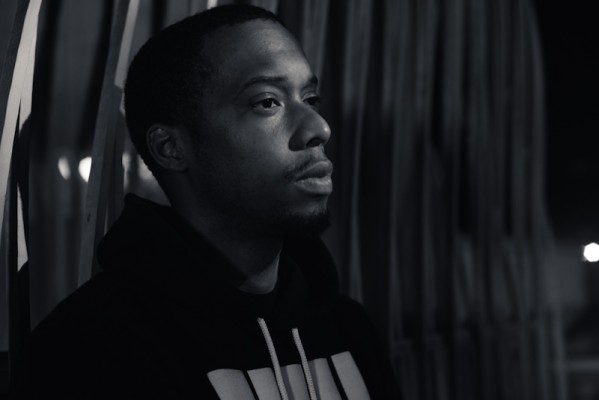 The Message: You always get compared to J Dilla. He was the master of digging records and making beats. What has changed for you since than?
Black Milk: For the most parts the things have stayed the same. All of the producers and HipHop artists have progressed musically over the years. But we keep that certain underdog mentality. You always try to chip away your craft, try to get better, try to be the best. Even back than. Dilla is the best in HipHop production, especially in Detroit. He was just 5 years ahead of everybody. The way he thought about beats and music, the way he approached the beats and the drum machines. I worked with him three or four different times. The main thing I took away from him was his work ethic: Just banging out music all the time. I like to get out and I like to tour, but for the most part, my heart rather be behind a drum machine. In my home I keep making beats all day. Thats where my passion is.

So many young artists popping up right now. How does it feel for you as an older cat, to stay on top oft he game?
I am glad I started before the whole internet thing got super crazy. The internet is how I expose to the world when MySpace was still popping. That was my tool to get known. Now it’s even harder to get known, caus’ there are so many rappers. A lot of different outlets from Soundcloud to all these different blogs. It’s cool to see that a lot of younger cats tell me that they listen to my music. They listend to my sound even in high school  That makes me feel old, but I am only in my early 30th. I am not that old. It’s crazy to see artists in their early 20ies, who listened to my songs when they were young and to see that they still respect me.

With „Tronic“ you started using live instruments. Did you feel that you have to expand your sound?
Everything I do is natural. It’s never calculated. That’s just how I felt at this moment. I wanted to do something with a little more synths, more electronic – still keeping the soul into it – but just something different. People enjoyed that. Out of all my albums I think that is on of the fans favorites. That’s crazy because thats not how my mind was at that time. I didn’t think about what I am doing was ahead of its time.

You are a producer and a rapper. How do you handle the feature parts?
It depends on the artist. Some of them are open to you and I am taking a producers role. They don’t get offended when you tell them that they should do something different. That`s why I prefer being in the studio with the artists. 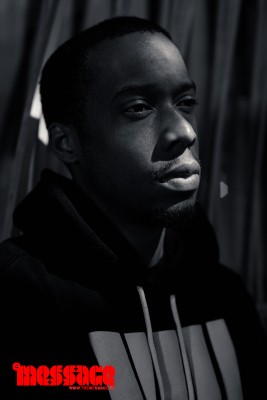 You named your top 3 producers. Dilla, Premo and Pete Rock. Pete is a legendary producer. Why is he rapping on your new album?
Everybody knows Pete Rock is a producer. It would be obvious to get a beat from him. But I prefer that he raps on one of my beats. I can’t think of too many tracks which Pete Rock raps over somebody else’s beat. The same thing when I worked with DJ Premier. Instead of taking a Premo beat, I rather had him doing cuts and scratches over one of my beats. I can’t really think of any track on which he did that.

Is there a connection between the title „If There`s A Hell Below“ – a Curtis Mayfield reference –  and your hometown Detroit?
It has more to do with just the environment – and Detroits environment can feel like hell for some people. If there is a hell below this is it. They are already living in it – not like a hell or heaven after dying. But on the flip side it’s trying to find that happiness, finding that peace within that hell. Though Detroit is a city where people look at a lot of crime and financial problems it’s still a beautiful city. Ugly, but beautiful at the same time. Especially for music. The environment, the weather – all of that plays a role in how the music sounds like. It’s also a very industrial city. I think that’s why we have a connection to electronic stuff – especially the German Techno and Pop stuff.

There is also a big influence of some sort of Techno/Electronic on your new album.
Yes, it comes from the city. That’s all it is. The sounds that I’ve  heard. Of course I listened to a lot of HipHop when I was young , but also heard a lot of Soul, Techno, Electronic and House. It’s hard to escape from it. So you just naturally gonna fuck with it. You always gonna hear it in my songs. If Detroit would be different – sunshine, like in L.A. or Cali the music would be different.

Detroit is a city with one of the highest crime and murder rates in the states. Now the police was reduced from 4000 men nearly to the half. Why have the riots form Ferguson and Baltimore not been expanding to Detroit? But there are rarely riots like in Ferguson and Baltimore.
We have rioted before. Something just happened in Detroit with the police. The city is nearly empty. A lot of people left. But now a lot of people are coming back to rebuild it. About the police brutality. Now it’s crazy with stuff like phones – it’s so easy for everybody to videotape the things. All of this stuff the law enforcement was getting away with, years ago. They can’t really get away with it too much, because everyone has a smartphone now. 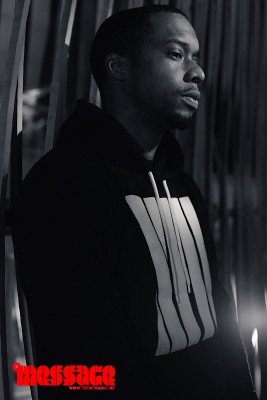 Have you been involved in any way?
I have set my peace. On the last album I made certain songs representing what is going on right now. But I didn’t wanna promote it that way. I was already touching the things and I am involved and would definitely  go out on the streets with signs and rallies – all of that. It need to be a change and the only reasons it`s gonna change is if we keep fighting and keep screaming and rioting. March. It needs to be done.

Can HipHop help in case of these problems and help to set the mind to see the beauty in places like Detroit?
HipHop can help to a certain degree. HipHop can definitely help and have some influence on the younger people. Because that’s all they are listening to. Certain artists, the younger people look up to, can definitely have an influence on the way they think. They are responsible to a certain degree to give back and to guide the youth. Some artists use their power for good and others don’t. They don’t really care or even think about it.

What else can be done from the side of the government?
Nobody wants to get their hands dirty. Nobody wants to lose their jobs and get fired for saying the truth. That’s why it’s left to the peoples hands. It’s hard for you to really get involved and get your hands dirty because you might make some people upset. Everybody is trying to play both sides. Even the president. So they try to be careful. I don’t have the answer. I definitely don’t know how this thing went out but I can say I’ve seen some of my fellow artists out in the street and I am seeing more rappers and artists talk about it – and even put it in their music. That’s a start!

We talked with Talib Kweli a few months ago, he has his own organization in Ferguson and he said the only way to get a solution is in a peaceful way.
I feel that. There is so much anger. Some things need to be tored down, some blood is gonna had to get shaked. On both sides. Before it’ll be some kind of resolution. What’s the saying – You can’t have peace without having war. It`s true. Everybody has to sacrifice something if they really want change and peace.

Do you consider rapping about these incidences under a pseudonym?
No, I would do it as Black Milk. Talking about what is going on in the society, governments, cities  streets – I rather do that under the Black Milk name. Black Milk is the voice that the people know. I got a few alter egos. I have a project which is a little more uptempo, electronic – that project is coming up under another alias.

Will it be released under Computer Ugly?
It might be released under Computer Ugly. Also on a Label called Bleep. They do a lot of electronic stuff. So they are gonna be involved too. Each alias – each different sound that I wanna experiment with – I probably put it up under a different name. Because with Black Milk I have established a status in HipHop. And thats what I do. They don’t even know me for going different ways in music. For the most parts they just expect some HipHop.