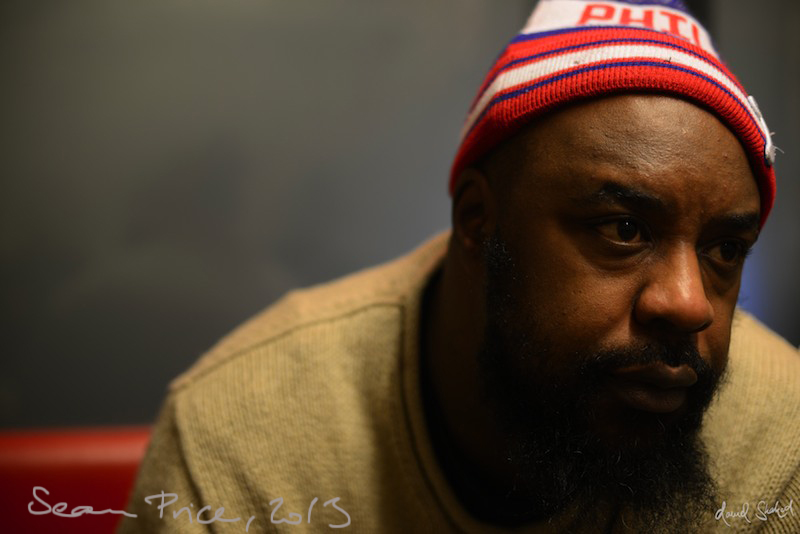 Well, here we are at the location, B72, and waiting for Mr. Price to show up. Long story short, my only concern was that we would be the first to interview him. What happens? We weren’t the first. This other magazine went up, smiling down at us, and we were like good luck guys. 120 sec. they came back with shocked faces, telling us they got kicked the f*ck out. This was our take on an interview with Sean Price.

TM: Are you working on some new stuff at the moment?
Sean Price: Yeah, I don’t know what it is, I’m just doin’ stuff, I figure out what it is later. (laughs). But I’m working on a lot of stuff though.

Do you already have instrumentals or are you still picking beats?
Still goin’ through the process.

What about “The Pill” – did you already start working on it?
I spoke to Eclipse, told him that I was ready, so basically I’m waiting for Ill Bill and Eclipse to get back to me. But I definitely wanna do it!

How can we imagine your work process, because it seems like you are not in a hurry.
I grew up I an era where a guy put an album out and don’t have to put another one out for like a year or two. Now people put out music ever week, it’s to the point where people think music is free. I mean it’s cool but that shit be microwave food u’kna’mean? I like to serve thanks-giving, like a big turkey that was in the oven for 8 hours. I like to serve big meals. I mean respect the microwave cats but I serve plates.

You said that people think music is free, and you are definitely from an era where people were hungry for music. How do you counterfight that or what’s your strategy?
I don’t, I just do what I do, I’m a stubborn old man. Older than most of these cats but I rhyme better than them, age means nothing.

And what do you think of the new image of HipHop and the whole industry?
I use to sell drugs, so if an old drug dealer got locked up and then you come back on the block its like nobody cares what you DID, it‘s what you doin’ now? So I understand that concept like, aight what you doin’ now?! But I’m cool with that cause I’m nice. I can give you new shit, I make sure my guns is loaded, I’m ready to shoot. I didn’t mean a particular music when I said microwave music. I meant that whole in and out, like that fast forward. To make a good burger takes a while, but you just press 90 on the computer. It may take 90 seconds but I might be burned, you know.

You converted to the Islam in 2009?
Yes. I’ve always read the Quran and the word of prophet Muhammed, peace be upon him. When I was in jail, the correction officer always tried to make me go to the mosque and I was like: No! Because in prison, a lot of people become Muslim for protection. They don’t really wanna submit to the word of Allah, they are just punks who know that the Muslims are strong in jail and that they’d be protected. So I’m not a coward, I waited till I got home. I don’t want nobody to say I became Muslim for protection. So when I got home, I actually was in Amsterdam, the Imam said: do you wanna do it?

I said no cause like I do drugs, I drink alcohol and I do this and that. That’s for you and Allah to discuss, he said and if you wait till you be perfect, you will never be a Muslim. No Muslim is perfect. Use this as a way where you need to be, so from there on I took my shot.

You know what, if you wake up in the morning and praise this yellow cap, I’m cool with that. If that makes you a better person, then more power to you. My man here (points at his DJ, P.F. Cuttin) is catholic and I never was like, yo man, come to the mosque. Cause if that makes him a better man, a better husband and a better father, so be it. You need to find your own path, whatever makes you happy. I respect you, just respect yourself.

What do you think about all these other rappers that have converted?

Are you observant in the sense of quitting smoking or ….?
I’ve quit a few things but I’m still doin’ a couple of other things. It’s like I’ve said, I am what I am. I have a song on my album called “Haraam”. I said I’m a work in progress, so I’m working on it. See me in a year, I might be better than I am right now, who knows. I might not but once again that’s for me and Allah to discuss.

What was your first contact with the word Islam?
When I was young, about 10 years old, we had the 5 percenters, the nation of gods and earths; this was the introduction to it all. And so I just moved on and on, I even haven’t eaten pork since I was 12 years old.

But the conversion was like 4 years ago in 2009?
Yes, but see, the Nation of Gods are not Moslems, that’s a different thing, that was my introduction to me even hearing the name Allah.

How do you combine this whole rap music thing with the Islam, like if I’d be a rapper and a Moslem, how would I live by the Islam and make rap music?
My Imam told me that rap music is haram, IT IS! But guess what, that’s how I feed my family. And again that’s for me Allah to discuss it. I don’t owe nobody an explanation, you don’t owe nobody one, except for Allah. I’m not gonna stop feeding my kid, for nothing in the world. 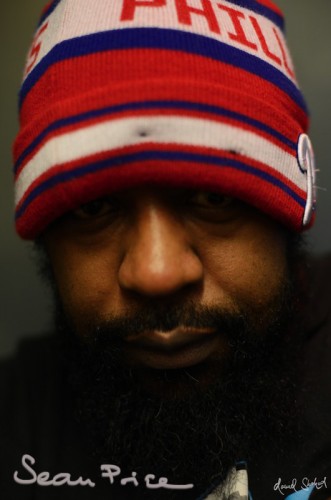 So you do go to the mosque?
Yeah, I do go to the mosque and Cuma on Fridays. I use to bring my rug and be on the road, I stopped. Sometimes I go to the airport and they look at you like, (grimace) put you in room, I ain’tgot time for that. And I hardly wake up for Fajr (Morning Prayer), I’m always asleep.

But you could postpone it.
I could postpone it but I never wake up. (laughing) We were on tour with Brother Ali right and I was like, yo Brother Ali you make Fajr (morning prayer)? And he was like, yeah and I told him to wake me up at 5 o’clock in the morning, he slept through 2 p.m. (laughing). But he’s a good dude, that’s my brother, though. Like Freeway, Free always wakes up for Fajr, always!

Do you have plans on going to Mekka?
Of course, but you know you go when you afford to. They wanna sponsor me to go but I don’t wanna be sponsored by the wrong person and then they put me in a room and shit. I’ll go on my own dollar, you know.

Do you feel kinda oppressed when you travel and they pull you out cause you are Moslem?
That’s why I don’t bring my rug with me anymore. It happened in London to me and Tec, they brought us to the religious room and took us to another room afterwards. People fear what they don’t understand. And when they see a Moslem in the U.S., they be like: „Team America, yeeey“! (Laughing)

I mean you could play it out like, HipHop use to be a way of rebellion …
I mean HipHop is just fun to me, you know I use to be a bad person, but now instead of doin’ these things, I’m rappin’ about ‘em and it feels so much better! It’s just words, nobody gets hurt.

Speaking of nobody gets hurt – you had a mixtape called “Kimbo Price” and an album “Mic Tyson”, are you into boxin’, do u box yourself?
Yeah, hell yeah, I know how to box. I use to love punching people, now no more. I’m a good guy, I don’t wanna fight, I’m so old, when I fight it hurts, I don’t wanna fight.

But you still look fit, though!
Nah, I’m totally out of shape. I gained a lot of weight baby! (taps his belly, laughing) You know, good food, happy! Me and my wife, we call it happy weight.

Feel you, I got some happy weight myself; my momma is cooking way too good!
Right, it’s called love!

Did you check out the All Star Game?
Nah man, not out here, I don’t even know what country I was in when they was on! (laughs)

Okay then thank you for the interview Sir, thanks for having us.