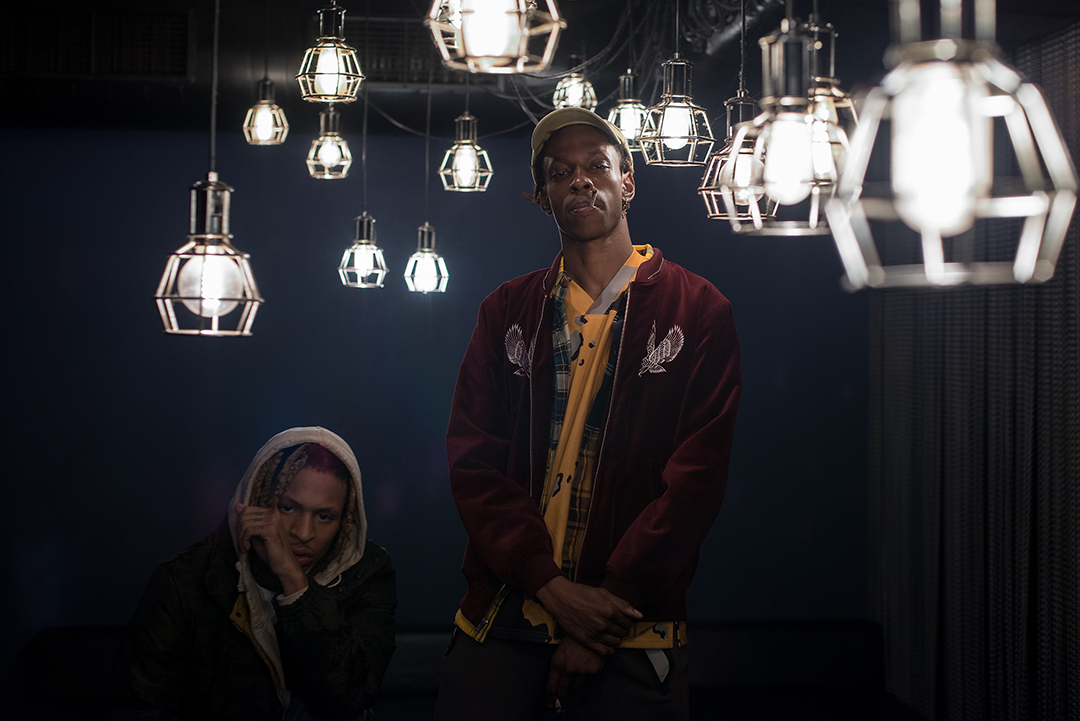 The Message: You both released solo projects before the „Cellar Door“ album. Are you gonna go back to focusing on your solo projects, or is it just the Underachievers for now? Issa Gold: It can happen again but at the moment it’s not a thing. It is good to learn how to express yourself on your own first, therefore we wanted to do that early in our career. Others stay together until they get tired of each other, but we always have the freedom to do our own thing as well, so that none of us feels trapped being an UA – I can just go on and just make music as Issa Gold.

You’re both very spiritual and well-read. Which books inspire you? And which books influenced you when you were working on the “Evermore“ album? AK: The album is not so much based or influenced by books, it is rather inspired by life itself. Our past life as youngsters, growing up in the streets of Flatbush, going to school, learning, taking drugs, relationships, failures. All the things that happen to you when you are a kid – growing up and learning from your mistakes. How we became who we are now and how we are still evolving.

Issa Gold: It was a process of reflection and introspection. We were looking back at ourselves. It was an analysis of where we came from and how we got to where we are now. The songs on the album describe how we evolved from being kids on drugs and being depressed until we became what we are now, more clear-minded.

What was the role of the third eye in the whole process? Issa Gold: For me the third eye is a compass. Once someone realizes, that the world we are living in is rather an illusion, that the things we are seeing are more or less programmed in our mind, when you get unplugged from the matrix, that’s when the third eye opens up. You wake up and start to see life not only from your two main eyes, even physics say that what we see through them is not truly real. For example when someone wakes up from the illusion of some kind of religion and sees that this religion is just controlling them and that there is actually more to life than that. I believe with the third eye it is similar, it gives you a better sight of your life in terms of introspection. You can look at your past more clear and you get a better way of determining your future. You are able to see not only with your two eyes, like the regular person who is trapped in a religion or trapped by some government or by politics or whatever their TV tells them to be trapped in – you can see beyond that. That is what the third eye means to me.

The Five Percenters are thinking, that only a few people are enlightened. How do „enlightened people“ distinguish between them and the not gifted ones? Issa Gold: I believe that progressively through life people are getting smarter and smarter as a whole entity of society. I think that our contemporary generation, the kids who are born now, are just so much more conscious already. In the past the theory was, that only five percent of society has that certain kind of knowledge and has their third eye open. But I think that as we evolve, the third eye opens automatically for kids who are being born now. It is not a big process anymore. When I talk about the Indigo movement I mean our entire generation, when I talk to gangsters or ravers or hipsters or whoever, each of them has a similar understanding of things now.

But when you are saying that our generation is so conscious, how do you explain the things that are happening right now, like the rise of Donald Trump or the Refugee Crisis in Europe? Isn’t that a proof of the nescience of our generation? Issa Gold: Thats not our generation! When I say generation I mean forty and below like the rest of the older guys. They are what the five percenters said couldn’t understand the knowledge. They are still trapped in believes of – for example – religious morals, like God is sitting in front of the hall and you go either to heaven or to hell. These people still believe that, but I think our generation really kind of knows that there is no guy with a white beard in heaven. The older generation still believes in such things, for example my grandmother, who is certainly not a dumb person. But she is just determined by the system she grew up in, it would be very hard to unplug my grandmother from the system, she’s 96. So for me to tell her that her God might not be real would be cruel, 96 years of believing in this and creating that reality. The thing with our generation is not that we think more, but that we life in the age of the internet. We have all that information which is so easy to find. We can ask Google any question we have and get thousands of possible answers from it. 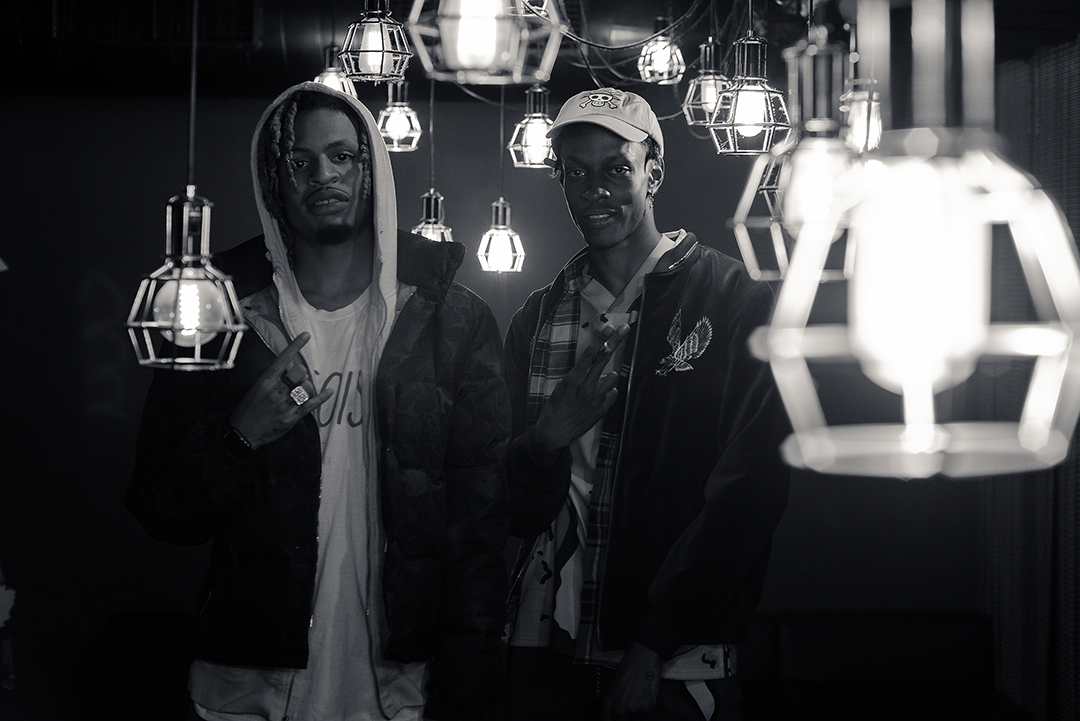 You are Caribbean, is spirituality something your ancestors brought to the family, something like a tradition? Issa Gold: My parents are Christian.

But nevertheless, I think in the Caribbean you’ve got the dualism, like you’ve got Christianity but you’ve also got the ancient believes like Budu? Issa Gold: I know what you mean! My grandfather was a Mason, I grew up with Masonry, in the Caribbean Masonry is huge, it’s all over the place. So my grandparents grew up learning about consciousness and spirituality, in some ways I guess that was there, but still they are Christian as hell – even Masonry is arch-christian.

„We are not voters, because it doesn‘t really matters to us, no one deserves our vote right now“

Do you guys vote? AK: Sadly I don’t vote.

Issa Gold: We are not voters, because it doesn’t really matter to us, no one deserves our vote right now. I mean we have to stop Trump, but Hillary isn’t amazing either. It’s the same establishment bullshit that we don’t want. Bernie is amazing, but the shit he is talking about that’s just impossible, he doesn’t stand a chance. It won’t work like that, he wants to make college free and put more taxes on the rich, but that’s just not how it works. He has to be more rational, I think the US is not ready for something like that yet, maybe in a few years …

In retrospective, do you think Obama did a lot for the black society, especially in these past very tense years? AK: No, I don’t really think so. I mean, I think he is a great president but I am not sure what he has done for our people really.

Issa Gold: I think his biggest thing is Obamacare, that was great because it added taxes to the rich so that more people could afford healthcare – but that was for the whole country. As a president he was great for the country, but he hasn’t really helped black people specifically. That was not his agenda, as a president he had to be liberal so if he had done that, he would have been the worst president in the world. He cannot focus on one race that’s not really rational to do.

The New York Times wrote that Flatbush is now one of New York’s „hot new neighborhoods“. AK: Yeah, it gets better, but also people are losing homes, they are kicking all the black people out.

And there is still like 10% of unemployment. Issa Gold: Yeah, sure.

Is it really evident that the neighborhood is changing? AK: Yes, we grew up there so we watched it changing. At one point you couldn’t walk around there without being robbed. Now there is a major college, the Brooklyn College. They’ve been working for years to build up that college and therefore improve the area.

Does racism in the US affect you as artists? AK: No, not at all. Maybe 75% of our fans are white, we love everyone.

Issa Gold: No not in Europe, even though they warn us that the older people are racist here. The younger people here are not racist at all. Maybe when we grew up we felt some sort of structural racism. Something which is rooted so deep in society that we don’t even notice it anymore. I feel like everyone is a little bit racist in a stereotypical way.