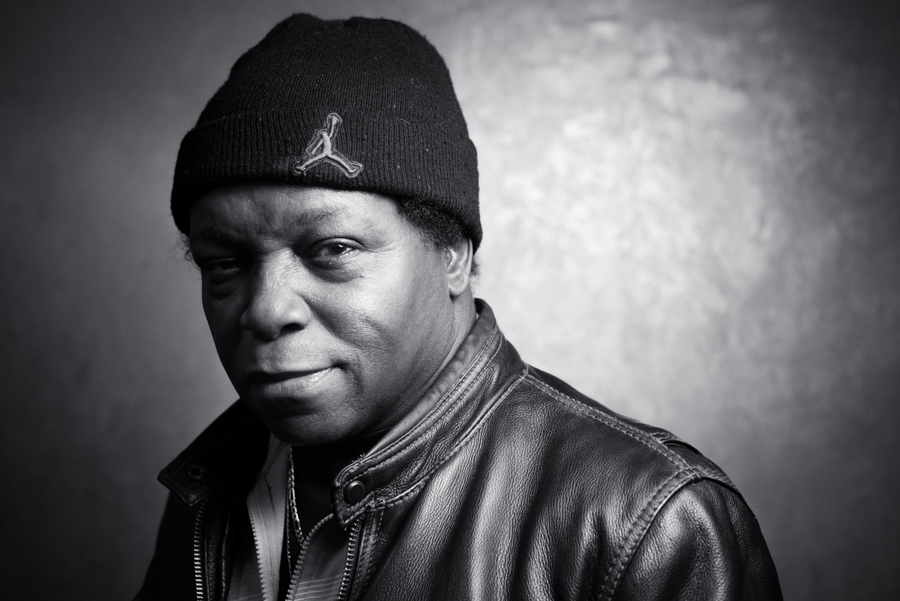 "The hardest thing to do is something that is close…

He’s a faithful man. For decades, North Carolina born musician Lee Fields has stayed true to his music. He is often called a „soul veteran“ and way too often compared to soul music’s grandmaster James Brown. But Lee Fields is more than just „Little JB“. His shows with The Expressions are remarkable experiences. His records are ranked among the finest pieces of soul music. During our interview we encountered a man who is faithful in the true sense of the word.

The Message: With an impressive career spanning over forty years you are widely considered a soul legend. What’s your motivation for making music?
Lee Fields: When people show love and I get the feeling that they are happy at my shows. When I watch television, I feel saddened by the news. They discourage me. But when I perform, I become happy – because I see so many happy people. It shows me that there are still positive things in this world. That motivates me to continue. Especially when people say that they become happier when they are coming to my show.

Your song „Make the World“ is about making the world a better place. Do you think your music can help to change the world?
Everybody has the ability to make this planet a better place. A number can be as long as it can be – if you change one digit, it won’t be the same number. Some people are trying to change the world in a negative way. But I’m not into negative things. I’m into positive, productive things – all the adjectives that I use have to be in a positive fashion. This is what I’m about.

Do you see any positive signs of change in the United States right now?
Yes, despite the election of Trump. But there is positive energy. People are realizing the importance of unity. Unity is the fundament of our country: divided we fall, united we stand. That’s the way it works. And I see a lot of solidarity in the States – despite the impression that the media is giving to you. You see it on social media … in a lot of cases, the more accurate news is on social media. But people have to be very careful about what they are being told on social media as well. Let God guide the people. God will be their shield of armor.

I believe that the Bible is 100% true. There are no errors in this book

You don’t trust all the news on CNN, for example?
It’s not the case that I don’t trust. But I trust the way my bible told me to trust. I put trust in no man. I put trust in God. And through my dealings, I get the feeling that God put me through the perils of life. It’s the same thing that money tells you – in the United States, “In God we trust” appears on our money. I believe that the Bible is 100% true. There are no errors in this book. 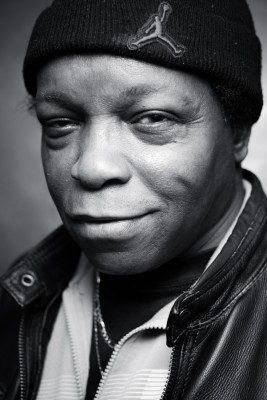 After eight years in power, the presidency of Barack Obama ended this year. In your perspective: how will Barack Obama be remembered?
He was an excellent president! He was very positive, he did a lot of great things. The following years will show what Obama’s legacy will be. With the election of Trump, it’s time to deal with the new administration. We have had a great president for two terms, but now, we have to look ahead and to take this next step.

Do you believe that Michelle Obama could run for president one day?
If she has the desire, why not? But I’m questioning if she could win. Michelle Obama was a spectacular First Lady. Nevertheless, there are many others with the same capabilities of being just as great. In case we look at all our options, she is regarded as the best and she has the desire to run, she should do that. We should be vigilant, responsible in choosing our leaders. At this time, Americas has become a little bit lax, not everybody was paying attention. With Trump, everybody is paying more attention. We should watch Trump’s presidency with a watchful eye. It’s the responsibility of the people, because the power is in our hands. I very seldom talk about politics, but recently, my trust in general politics has become shaken. I feel a little bit shaken by our system in the way it has been in the last six, seven months.

We should watch Trump’s presidency with a watchful eye

You are living in New Jersey right now. Can you tell us something about the relationship between New York and New Jersey?
Despite the fact that I’m living in Plainfield, New Jersey, which is about 26 miles away from New York, my heart is always in New York and will always be. I’ve lived in downtown New York. Now, you have to be a millionaire to afford living there because the living expenses became so expensive. But I love that city. I love so many cities. I love Paris. I love Vienna. I love everywhere I go. Because of the people – they show me love all over the world. So, I love the world. 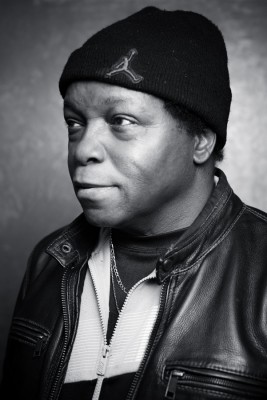 You are a big fan of BJ The Chicago Kid and Adele. What makes them so great to you?
I did some shows with BJ, he’s a great singer. We have fun working together – we also did this campaign for E&J Brandy. I like him. On Adele, I like how she is choosing her songs. She sings about things that are important for people. She’s very on point. I love everything that she has made so far. And her voice is incredible.

When you are listening to contemporary R’n’B music by artists like Bruno Mars, do you think you have had any influence on their music?
There are many similarities between my music and theirs. The whole rhythm section is similar, for example. I like Bruno Mars. He’s one of the most prominent, young stars these days. I like that he is keeping it real by using live musicians. Nowadays, you don’t need human beings to produce music. You can use the computer instead. But it’s not the same. The true adversary is not man against man, the true adversary is man against artificial intelligence. Artificial intelligence is getting better every day – and pretty soon, it will start reasoning. And man will become non-logical. All the power will be put in a computer. In the final analysis, a computer will learn and think on its own, without any human assistance. And we will be their adversaries. The world is so fucked up because we take the land of all the creatures. But we have been misguided through the ages. We stopped believing that there is a higher power, a God. I believe that there is a God. Everything that causes a threat on survival of mankind is based on our own doing. We have to realize that we need proper instructions. All the spiritual books written are manuals for us. When man creates a machine, he has a manual for that machine. It’s the same with God. He has a plan for us. But we don’t follow his plan. And that has serious consequences. We have to love each other and to believe in God.

Is it absolutely necessary for a human being to believe in God?
Absolutely. If you don’t believe in God, you just believe in material things. And all material things are perishing. In a thousand years, everything will be changed. You will recognize all the things that are gone that we used to live with. If you believe in something that is changing, then you constantly change. Then your principles and your thoughts are also changing. You are becoming less solid. But stability is the key desire of the human race – so we need solid principles. That’s why you have to believe in God. Even as an atheist! If an atheist says that he believes in no God, okay. But you have to ask yourself: “What is God”? I can’t see God, I can’t touch God. And that is what God is: God is not touchable, not material. He’s no thing! So, when an atheist says that God is nothing, he is true. There’s no way a human being can rationally say that he believes. When they believe in nothing, they believe in God. God is not a thing. God is the container of all things that have been created. God is all possibilities, all thoughts, all concepts, all shapes, all forms. Everything that can be thought of has already been thought of – through God. We are figments of God’s imagination. We are in God’s everlasting dream. Another word is: nothing lasts forever. So, if nothing lasts forever, nothing is God. God is nothing. So nothing lasts forever. Nothing is the most powerful antidote of all things, because it is absence. And absence is God.

What are you saying to people who argue that they can’t believe in God because of all the terrifying things happening in the world?
But that’s Satan, that’s the demon who is destroying your faith. But being united and love are the answers. Love is God also. God created everything – in his everlasting dream. 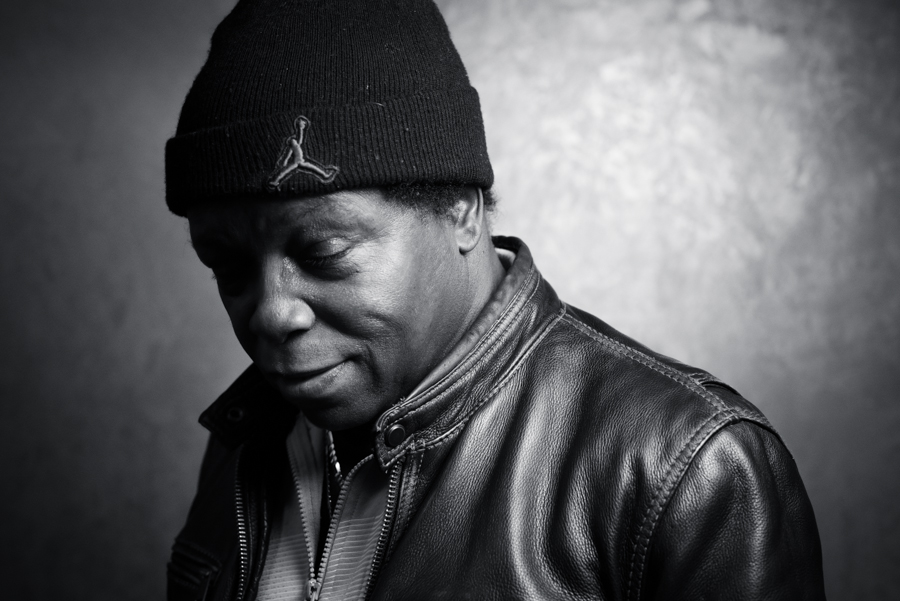