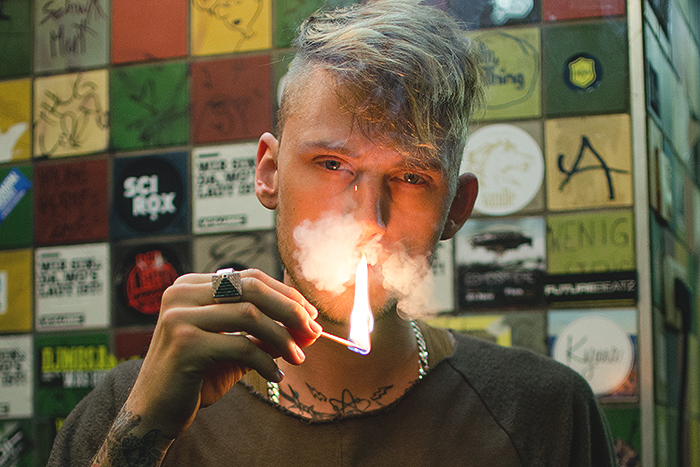 The Message: You’re in three movies next year. Tell us about that.
Machine Gun Kelly: Yeah, three movies. And I am also filming my first TV-series – it’s called “Roadies”.

You once said that you identify with Gilbert Grape and The Joker. Which parallels do you see between yourself and these characters?
Gilbert is just a regular dude in a regular town. The plot of that movie was just a regular guy doing whatever he has to do to continue his live. I just relate to regular people. Some people grow up and they wanna be super big and flashy like Madonna. I more identify with regular people like Gilbert Grape. And the Joker is just dark and amazing.

The Movie “Beyond The Light” you appeared in was Oscar nominated. A Grammy or an Oscar – which one would you prefer?
I’ll take both.

You have a Dalí tattoo on your back. How did you come up with this design?
It’s just my own interpretation of “it’s never too late to repent”. I see a lot of things going on in that piece that are parallel to some things that are happening in the world right now. It feels like Armageddon is coming. As that feeling grows stronger and stronger, so does your will to change the vibes you put out in the universe early on and to start putting out some good ones [versteht man sonst irgendwie nicht].  That’s why you see that guy down on his knees – he is just repenting, not only about bad things, but about good things too. I guess it’s just saying that every saint has a past and every sinner has a future.

You used to live in Kuwait with your family. There’s a lot of bias and discrimination going on in the US against Muslims and the Islamic religion, think of some of the things Donald Trump has said for example. How did you personally experience the culture and religion there?
We don’t agree with that. We don’t agree with racism and this discrimination.

Would you say this racism is evident in Cleveland?
You know in Cleveland it’s a class war – between the low class and high class. Religion and skin color really isn’t a thing no more. 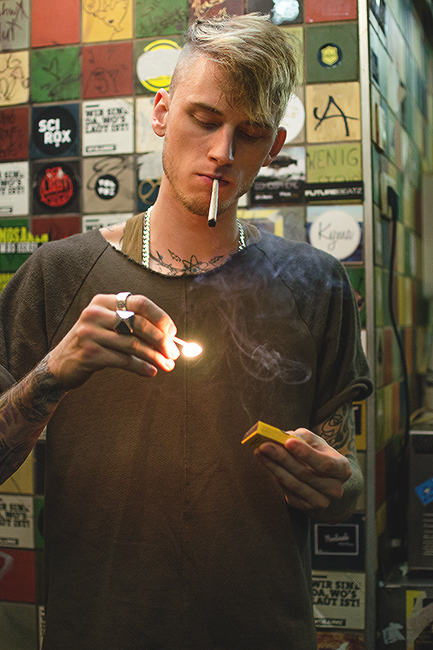 Back to the roots // Al Pone Interview

You created the EST19XX movement – it’s like a family to you. At the same time we see a similar phenomenon happening looking at ISIS. They seem to try to recruit young people using the feeling of familial solidarity. Why do you think young people are attracted to that so much?
Everyone just wants to be a part of something. Whether you’re a gangbanger or a popular kid. Not everybody is part of the one percent of people who can do what they want, whenever they want. Most people are fighting to maintain and try to find some fun too. If you can find something you’re attached to and it’s making you feel that you belong to something, people do whatever it takes. But the people are responsible for what they’re following. It’s their job to make sure that they’re following something good.

Our motive is good and there are other people’s motives and it’s ugly. I talk a lot about that on “A Little More”. A lot of people didn’t understand the song when we released it. That song was kinda predicting times like this. It’s just a simple phrase: But 10 or 20 years from now on, there will be malice, wars and pain – there will always be this ugly part of the world. All we need is a little more love. How ironic is that.

Tyler Mikkel created the cover artwork for “General Admission”. There are a lot of Cleveland hints on it, like the Key Tower. Tell me about the hidden connections to Cleveland on the cover. Are there some special stories behind it?
There are a couple of cool things, like the fed building – the cocksuckers who bring down the big coke boys. A lot of those people are people we grew up with. And there is the Tower City, the second biggest skyscraper, in the picture. I used to work there at the mall. But it’s less about the buildings, it’s more about the giant metaphor – the tree that I am sitting under. It’s the Joshua Tree. You can also see little hidden subliminal things like the guy who is locked up – it’s one of my close friends who is in jail for eight years and I am waiting for him to get out. You see whore legs and money – there are so many symbols. Even the bomb which is going off – it’s a sign that I am above the chaos. I thought about all the madness in my mind and that’s what “General Admission” is.

So with all the connections to Cleveland, what defines the word “home” for you?
Home is the highway for me. Cleveland is the city that made me who I am, but home is the highway. I’ve toured for the past five years of my life – nonstop. That was pretty much my whole adult life. Before then we were just moving around, getting kicked out or just not feeling a certain place. I was never meant to stay in one spot – I was more like a fucking gypsy. 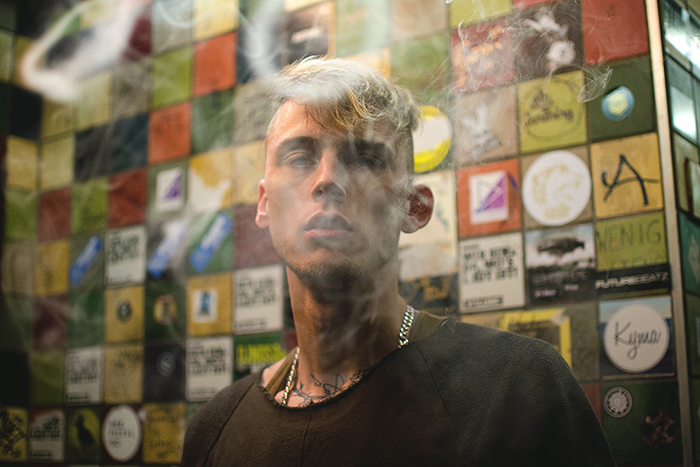