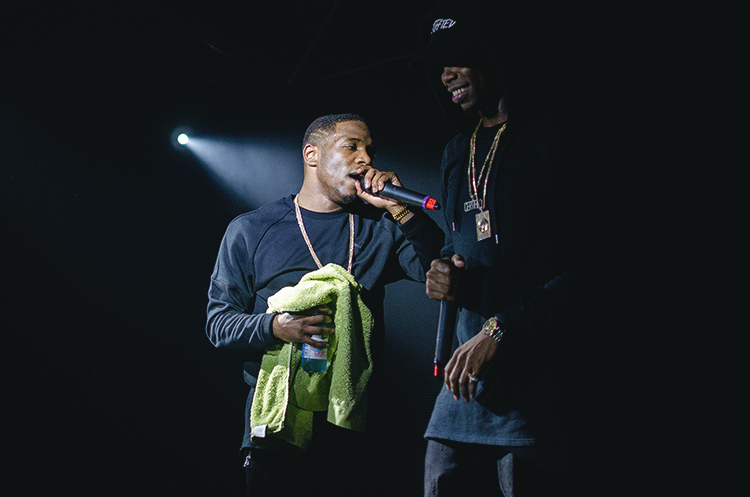 The Based God is coming // Lil B Live in Wien

Your last album is kind of somewhere between mainstream and grime. Was it your intention to not be labeled by one particular genre?
Krept: Our intention was to make music that we listen to – all influences, whatever we’re listening to. We wanted to make sure that our music appeals to everyone. For example we just didn’t do grime only. My mom didn’t listen to it. But now there are songs on the album my mom likes. So people that listen to grime will still love that stuff, but the others will as well.

Wiley tweeted to Stormzy after the MOBO Awards “the #1 grime don in this era … please take it to where we couldn’t my brother” – you both earned a MOBO in 2013. How do you see the new era of grime?
Konan: It’s crazy to see where it was and where it is now. We’re getting to America, we’re getting more in Europe, we’re getting to Africa! It’s coming from the streets of London and we’re bringing it out in the world. We’ve seen Wiley, we’ve seen Dizzy Rascal do that thing and then not get as far as they should have – now Stormzy’s going around the world, Skepta, us. It’s a sick thing, man. Like our music finally gets the recognition and we get recognized from everybody. We’re very proud to see that. Definitely. 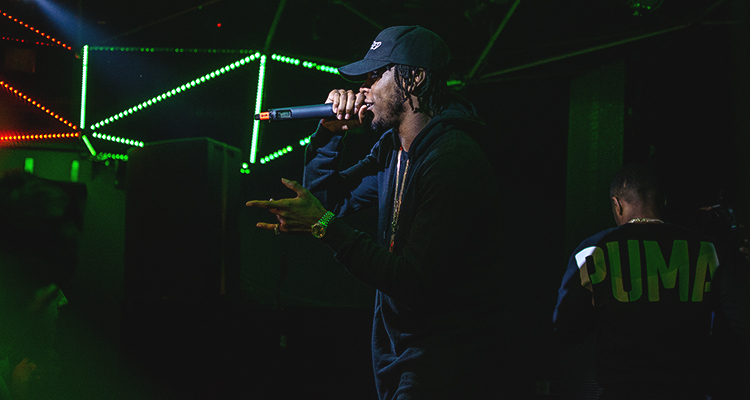 You once said in an interview that urban music is more accepted in the US. Grime is getting bigger. Do you think it has the potential to grow into mainstream music?
Krept: Yeah sure! Everything has started small. When HipHop first started, it had a small fan base and a year later it had become one of the biggest genres in the world. That’s where our UK-scene is heading as well. People are taking us serious now. There are people at the forefront representing us properly. I feel like it’s only gonna get bigger. It’s always bigger shows, bigger tours, more fans. Like, if one person finds out about you, they never gonna forget you.

You both grew up in Gipsy Hill where gang activity are very high. What’s the connection between the gang movement and grime?
Konan: It’s all an outlook on life. A lot of people sing about love, what they’ve been through, relationships and stuff. I mean the hunger that’s where it starts the ambitions. People talking about what they’ve been through. The politicians can look at it like that cause that’s where we came from. 100% there is a connection – it’s a big part of playing. 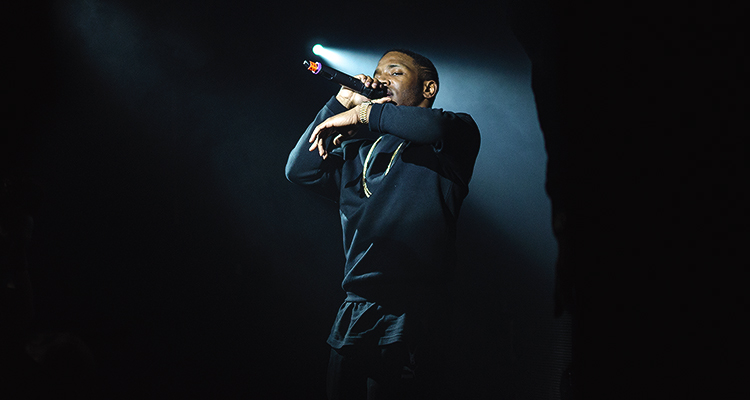 You started the clothing label Play Dirty and you are also backers of the PD Foundation. What are the best ways to prevent kids from joining gangs?
Konan: I don’t know, just give them a brighter path. When we were growing up there wasn’t a path to do music … so it wasn’t something to aspire. The PD Foundation is a way to show that it is possible. It’s more like the surrounding. Like most gangs in the UK are formed in school. So you tell me where the problem is. I don’t know if it’s still the justice system – obviously if you commit a crime you gonna get arrested. It’s really difficult, it’s life.

How can we imagine the foundation? What’s happening there?
Konan: We teaching them graphic design, song writing, producing, sound engineering and we just using what we’re best at and our connections to help.
Krept: We use a lot of our own producers to help them, our own sound engineers to show them exactly how it goes.

So you are kind of growing future co-signs there?
Krept: Yeah, of course!

The Based God is coming // Lil B Live in Wien

Schwarze Aussichten bei The Streets: „Call Me in the Morning“ // Video