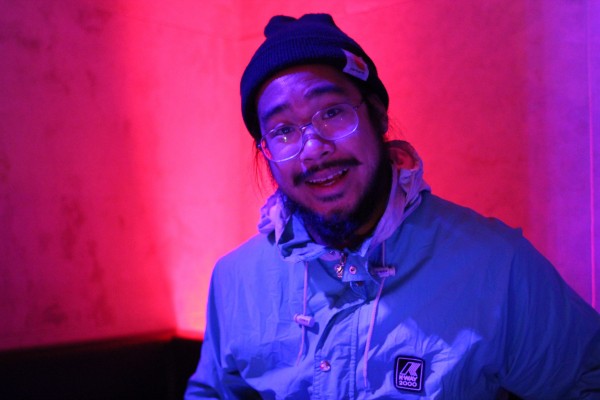 TM: You described your sound once as dirty soul vibes! What was the concept behind your new Album “Yawn Zen”?
MNDSGN: I just really like playing with that soul sound. I mean my background is predominantly Hip Hop, but I feel I am more interested in diving into this soul territory and at the same time experimenting with it – but honestly, when I was making it, there wasn`t necessarily a concept during the writing process. At the end, it just represented the balance I needed after finally quitting my job. In a way it represents that lazy part of myself I am trying to battle. And just being at peace with everything. Now having all the time of the world to make music – am still dealing with self-discipline.

It is the first record on which you are using vocals. Have you searched for another way to express yourself?
I have done some very minimum vocal work in the past releases but nothing where I was song writing or anything like that. The whole vocal thing kind of came out of not having the proper resources. In a sense, instead of searching for this person out there which sounds like what is in my head – the only person who knows how it sounds is me – I just did it myself. It`s also another way to learn more about myself. Trying to take on something new.

What significance have the lyrics to you – or is it more about expanding your sound?
Totally. It`s just another instrument that I thought I needed. Not so much about the context or the lyrics for me personally. Just the role it`s playing in the song, and how it sounds on the track. That means more for me like ……. (laughing)  what I am trying to say, I guess is – that’s why the lyrics are kind of  basic. For me it`s more about the vibe for sure.

This year was your first time playing gigs overseas. What impressions did you get?
Oh man, there is so much talent everywhere. In every city I go, there is somebody representing and killing it at what they do. The appreciation for the music in other countries is a huge inspiration for me. Without any kind of filter or thinking it`s like part of a trend. People just enjoying what you do – if you receive that energy – it`s super healthy and an inspiration, that I need to go back and create some new stuff.

You are with Stones Throw right now. What is the main difference between Stones Throw and all these other label out there?
They definitely have a certain niche that I can`t really point my finger on. Especially Wolf`s taste is very specific. It`s almost unexpected I guess, you can`t really explain what it is. He just really has an incredible taste and he goes for that – not like some other labels who might just be doing something that is only cool during seasons. The type of material that Stones Throw puts out, is just timeless music!

You have your own show on Boiler Room – Breakfast with Ringgo. Who`s idea was it?
Actually, Sofie came to me with that idea. She just liked the vibe. A relaxed way for people to learn about certain artists, but we are still figuring out what exactly we want, and how the format could be. The first one with Knxwledge ended like – homies sitting in the studio sharing music, bullshitting, smoking stuff – we`re just kicking it. Which is cool too. I think people want to see this casual side. 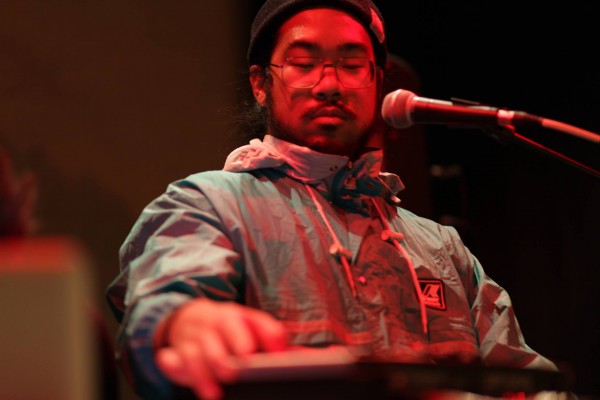 Last year you made a mixtape for Christmas.
It was released through a very young label called Rap Vacation. I did a split cassette with my homie Ahwlee. They made a run of 100 cassettes last year. It sold out, but they are going to repress another edition for the holidays!

How hard was it to find proper samples?
There are a lot – a lot of cheesy Christmas songs, but there are also like really good ones. Especially the older jazz cuts, down to even R&B songs. Christmas music is pretty wild – it`s like its own genre. Ahwlees side is R&B – I duck more through the jazz stuff like Ella Fitzgerald or that Charlie Brown shit.

Where will you spend Christmas this year?
I`ve been living in LA for three years now. Every Christmas I would go back to New Jersey, where I grew up, and spend it with my family. Yet travelling so much I think I will just go home and stay in L.A. for Christmas. Probably have some friends over, smoke some trees – (smiling) no Christmas trees…. just trees.

So LA is home?
Yeah.

Previous Article
On To The Next One